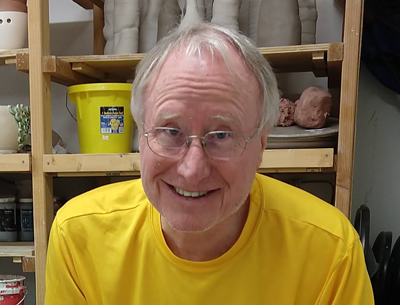 Collecting is a process of selecting items which tell a story. Robbie Merrick, is fascinated by the beauty and functionality of ceramic art made at the turn of the 20th century and beyond. When asked: What motivates you more; the object or the search, he pauses to think and replies: “The search; it’s like peeling an onion. You learn about a potter’s life and culture which leads to the potters that influenced him or her. You learn people’s stories, their histories and their connections.”

Robbie kindly invited Alex Adams and me to see his ceramics collection where he lives with his wife Margaret on Kenwood Hill.

Robbie’s interest in ceramics began when he took a ceramics class in college. What followed was a career in education, along with a 40 year passion for motorcycles. At Margaret’s suggestion to “find a new hobby”, he began collecting turn of the century pottery and eventually relearning the art of ‘throwing’ a pot at AA Clay.

As our tour of the collection began, Robbie enthusiastically presented the book which began his collecting career; Clear as Mud, Early 20th Century Kentucky Art Pottery edited by Warren Payne. 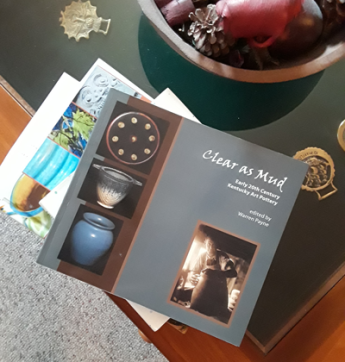 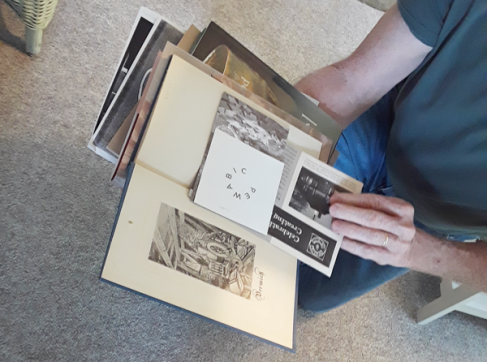 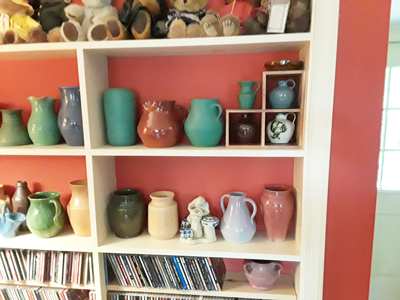 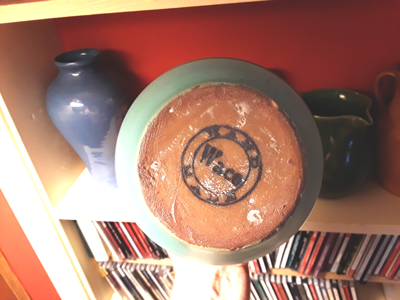 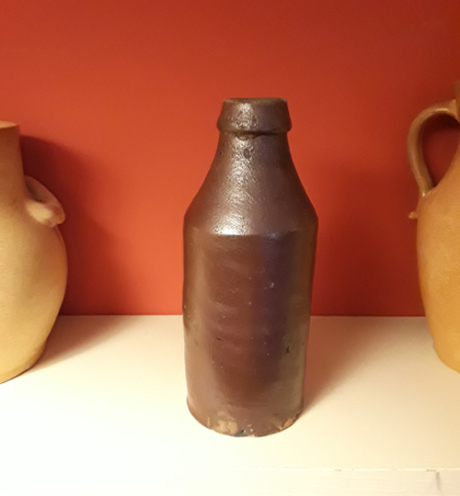 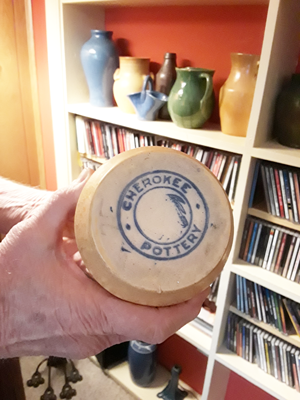 Using the many reference books which give detailed histories of potters, pottery factories and the developing art pottery market of the turn of the century, he began collecting pieces of Clewel, Weller, Roseville, Paul Revere, Fulper, Marblehead, TECO, Clifton, Owen, Hampshire and many others. He made his finds at auctions, on ebay, and antique stores throughout his and Margaret’s travels. 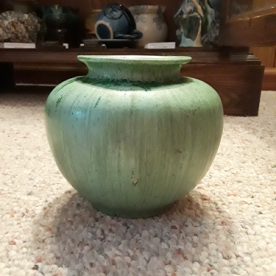 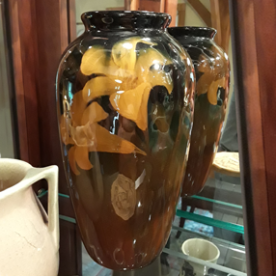 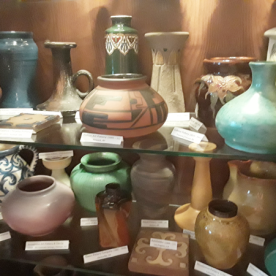 Turn of the century art pottery 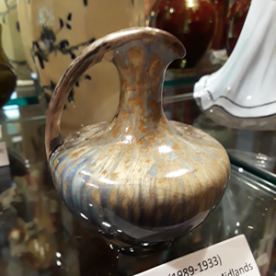 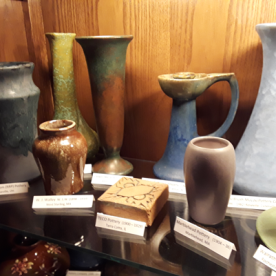 Turn of the century art pottery

Robbie had realized early on that women were influential in ceramic artistic development throughout the turn of the 20th century. Some women established or managed pottery businesses, while many others were employed as producers of greenware, glaze painters, and designers. For example, the four Overbeck sisters began Overbeck Pottery in 1911 in Cambridge City, IN. They were known for imaginative figurines, matte glazes, and painted plants and animals. Their pottery business operated until 1955 when the last of the sisters passed away. 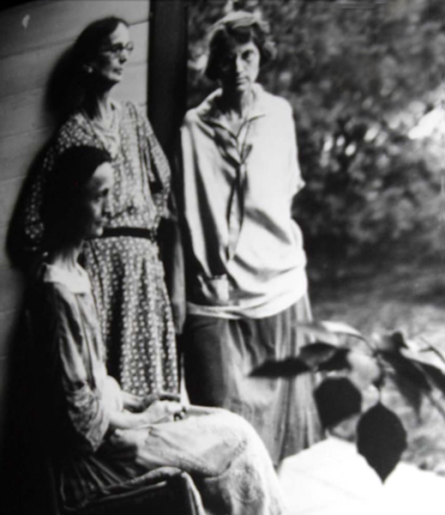 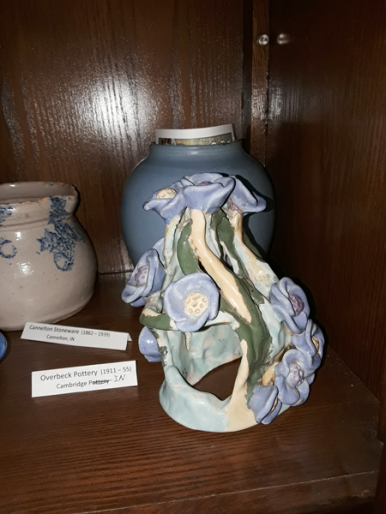 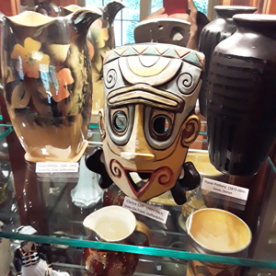 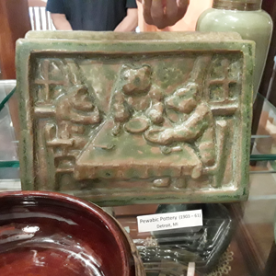 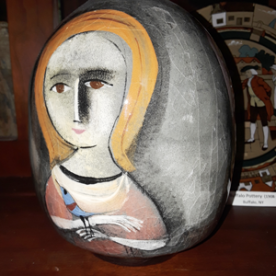 As a finale to our visit, Robbie led us to his North Carolina collection of traditional folk potters who focused on practical shapes and function. His finds include Jugtown, BB Craig, Pisgah Forrest, pottery of the Owens and Coles and a pot turned by Oscar Louis Bachelder at his Omar Khayyam Pottery in the early 1900’s.

And then our conversation turned to a pot by Charles Counts at Berea College. Charles Counts was one of those names only ‘mentioned’ in the Clear as Mud book. His books Common Clay and Pottery Workshop  became constant reminders of what it meant to become a ‘craftsman.’  We had come ‘full circle.’

Robbie’s philosophy of collecting: “I try to collect one piece from each artist who fascinates me”. For example, work made at the Grueby Pottery (1897-1920 Boston, MA) is difficult to afford; however, I was happy to buy a small piece of tile that represents everything wonderful about Grueby Pottery.

To sum up, the best thing about Robbie Merrick is that he spends many working hours in the studio at AA Clay throwing pots on the wheel and applying glazes.

Why does Robbie devote time to learning the craft? He wisely states that he studies pottery so that: “I can engage in knowledgeable conversations with collectors and potters who know more than I do”. This is a devoted collector.